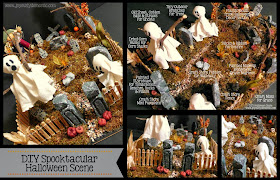 This was a fun family project for us a few years back.  We spent a few evenings in a row working on this together as a family and have been enjoying the final result for several years each Halloween season.  Your scene can be used as a table centerpiece or set out anywhere around the house along with your usual Halloween decorations.

The sky really is the limit here on what you can choose to include or use for your project. We did a cemetery scene.

We did buy a few craft items for this project, but many of the supplies used were things we had already at home.  Here's an overview of what we used and how we created this spooktacular scene. 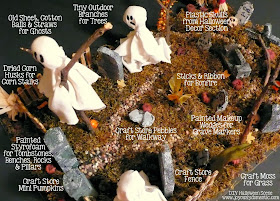 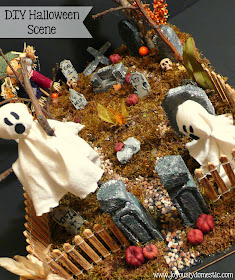